Guess what! You are my new best friend!

I Know. Can you believe it? Lucky you! It’s our year to shine. Great things are ahead if you can just be a good listener.

There are just a few guidelines that will make it mutually beneficial for us both.

Unfortunately for you, there is a traffic jam on your side of the road so lets talk a little bit more about me.

It would be great as my friend, if you could keep the good times flowing in my direction. Some fulfilling and peaceful social traffic would be great.

Number 2 rule of friendship: A good friend should always provide a shoulder to cry on in bad times.

A little disappointing from my perspective as you don’t have shoulders. Best option for you – keep me happy at ALL times.

Number 3 rule of friendship: A good friend helps you achieve your goals.

I think your goal should be to get out of the traffic jam on your side of the street before creating any other lofty ideals so if we focus on me,

Not a biggy, but if you could create some career potential, a loving new mate and some financial security that would be an impressive start.

Number 4 rule: Friends should always help each other out of a jam.

And there it is.

After my great advice you have begun moving on your side of the street. Well done to me!

Sad thing for us 2015, is that whilst you’ve been sitting idly, my side of the street has suddenly become a freeway.

I’m so grateful for your support and glad that we can be so productive as friends. I look forward to the fruits of our union as the year progresses.

If you can catch me up on the freeway to happiness I’d be honoured to return the favour.

But unfortunately for you at this juncture,

Number 5 rule of friendship: A good friend doesn’t hold another back.

It all started with Adam and Eve you know.

Here we were, thinking Eve was just lacking discipline by taking that apple and ruining it for all women.

But the ‘poison’  immortalised in the Holy book had to be pesticide of course!

Why didn’t we see it earlier?

There was no such thing as ‘organic’ in those days. God hadn’t yet created the consumer-base to gobble it up at extortionate prices.

That was just the beginning of food’s evils.

When Jesus was generously handing out bread and fish, one didn’t have to ask:

Is this High Fibre low GI? Does it have a multitude of grains high in omega 3?

Do you mind if I ask whether your holy pole caught this fish whilst the wind was blowing in the most fortuitous direction? Hopefully away from the latest toxic chemical spill or heavy metal deposit.

When the disciples were given water did they question whether it had come pure and bottled from a natural spring?

– not in plastic, certainly without BPA’s and preferably not having been left, sitting on the back of a donkey somewhere, being infused with sun-ripened carcinogens if you wouldn’t mind?

My point here is not religious, nor meant to offend anyone who is.

The point is, I’m becoming increasingly wearied by the scare-mongering that surrounds food in our society. Not only in terms of illnesses like Cancer, but also heart disease, obesity and the rest on the list of disasters than can befall us if we make the wrong choices.

I absolutely agree with the need for us to maintain good health and fitness. My question is, when will the Grim Reaper stop moving the goal posts?

Once upon a time, a good portion of lean meat and veg was what the doctor ordered. (Along with ‘an apple a day’ but clearly that was a ploy to destroy humanity)

Now, it’s not so simple.

Did you know, cancer is knocking at your door should you consider barbecuing anything at all?

Goodbye to a burnt chop on a summer’s day and that burnt toast you eat every morning as you rush out the door. BAM. A death sentence right there.

Definitely a nail in your coffin should you have put ‘real’ butter on it (too high in fat) Vegemite (too high in sodium) fruit preserve (utter stupidity. Too high in sugar).

And that meat you can’t barbecue, could harbour any number of potential disasters including Mad Cow Disease and Oh, For Gods sake, you’re not considering eating chicken are you?

You will have a beard caused by hormone overload and probably bird flu as well before you say is it free-range/organic and corn-fed?

Eggs– a super food or way to high in cholesterol?

Dairy – apparently over-rated. Cheese – too fatty, milk – permeate this, low-fat that and whoops, ‘soy’ wasn’t what we thought it was.

Oils – well, there should be a bible on that all of its own. Vegetable oil – we’ll be seeing you in heaven. Coconut oil (todays hero) will undoubtedly prove to have killed an entire species of endangered monkeys or something within a decade.

Fruit– Come on that one’s been praised for years. Good fibre and all that? Nup. Not today. Too high in sugar and covered in Agent Orange apparently.

Processed sugar, anything package, tinned or microwaveable – you’re 10 feet under and lit up like a glow worm.

Alcohol? The only thing that will numb the pain but a rapidly ascending escalator to the pearly gates.

Its exhausting and that’s before you even step into the supermarket.

I’m wondering whether, in the same way that big corporations have made a fortune packaging death and illness up to look pretty, the health market has done equally nicely, scaring us into changing our ways and opening our wallets.

At the end of the day, I have to think the old adage – ‘everything in moderation’ is still the way to go?

Even if it means literally….

Publish a post in the style of a favorite author/blogger or photographer. Photographers, artists, poets: show us COPIES. 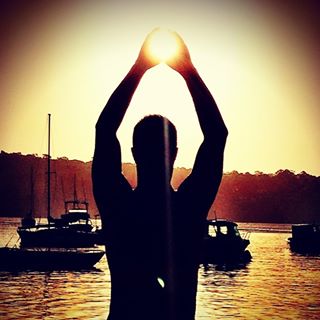 If you are one who loves social media – Pinterest, Instagram and the like, you will have seen many images similar to this one. A brave subject holding the sun or moon in their bare hands.

I felt I had copied it beautifully here and then I noticed the stunning truth that makes my photograph one of a kind.

My sun catcher had eaten kryptonite. 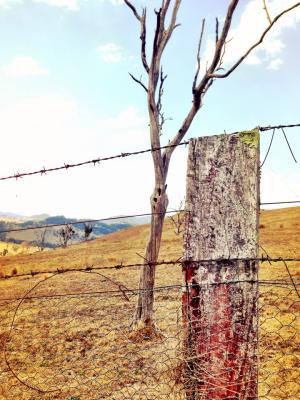 Keeping the outside in or the inside out?

I’m a little out of ‘Weekly Challenge’ practice, I grant you. However, in this case I may have to concede dim-wittedness (I think I just made that word up).

Juxtaposition is a toughy but I’ve given it a go. I think…

Taken on a recent road trip, this image prompts me to ask:

Is this harsh, menacing, barbed-wire fence and it’s woody sentinel post, trying to keep the soft rolling hills in?

Or, is this expanse of free wilderness trying to keep the world out? 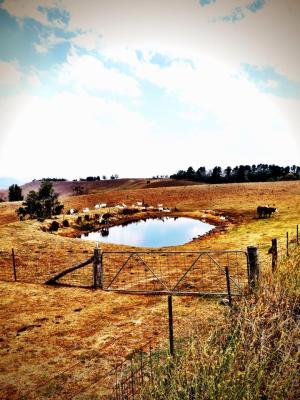 On the way home….

Hello my dear old friend. It has been too long. I abandoned you like an old sock – so full of history but no longer fulfilling my bodily needs. But I have seen the error of my ways sweet blog and I bring you this gift

One of my favourites from a recent adventure. 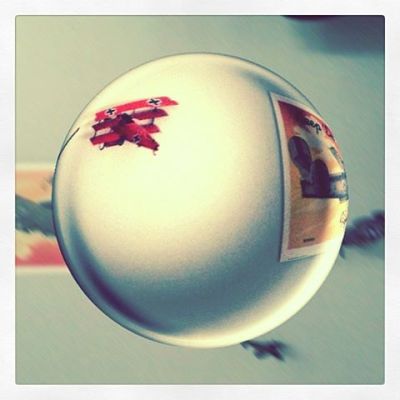 One of my children, whose name is not chops, has a travellers bedroom (as pictured via fisheye). Walls are hung with retro flight posters, shelves are cluttered with flags and foreign coins. Holding pride of place is a world globe and a pair of vintage binoculars and most spectacular, the ceiling is hung with models of war planes. It’s ironic really, because he is the most sedentary, unadventurous little brain box you will ever meet. 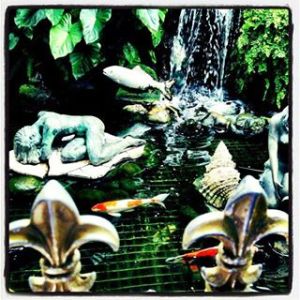 I can’t help but view them as goldfish on steroids but this garden in Manly is open for all carp lovers to enjoy. To give credit to the owners, its really taking the ‘fishbowl effect’ to new levels. 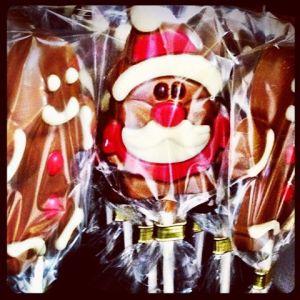 Santa at the IGA

Really? Is it really that time again?

Well no, I hear my logical self say.. It’s two months out but in retail-land, that’s a green light to start the hype.

That’s what I’m saying to myself as I stroll the aisles at my local shops.

These guys on the other hand, are saying:

Really? Really? You expect us to be jolly in this suffocating plastic wrap? 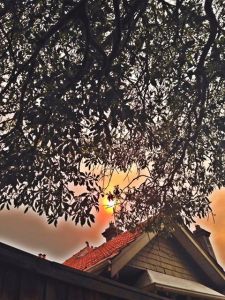 Fire in the suburbs

NSW is on fire. This is not uncommon for our country but it’s no easier to watch than the last time we were stricken by natures wrath. Here in suburbia, a curtain of smoke and ash has blanketed the skies. Lucky for us, we can close our doors to its effects. Our thoughts go to those who couldn’t see it coming or were powerless against its fury. 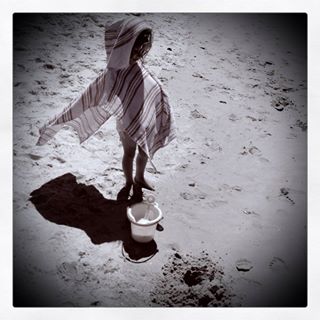 I don’t even need to think twice about my favourite season and lucky for me, it’s on our doorstep. Just today, we searched for shells, threw weed and chased seagulls. We ate hot chips, walked up long hills and shook off sandy towels. We dug holes and looked at the world through summery glasses. There are no greater pleasures. 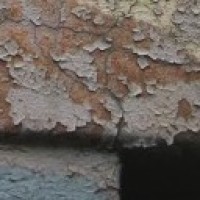 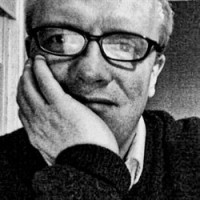 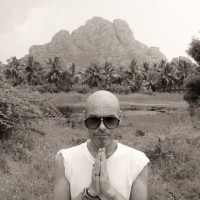 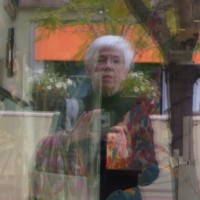 "One of the advantages of being disorderly is that one is constantly making exciting discoveries." A.A.Milne

I'm in search of whimsy and the human experience.

Facing motherhood with a psychological illness

Dadmissions of my life surrounded by a wife and two girls

Finding Hope in This Crazy World